What Does the Graduate School Advisory Board Do? 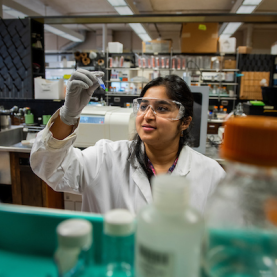 The Graduate School Advisory Board (GSAB) is a group of faculty, staff, postdocs and graduate students representing research-based graduate programs across the University of Minnesota system. The GSAB meets regularly throughout the academic year to explore and discuss pressing issues in graduate education and postdoctoral training. GSAB members advise the vice provost and dean of graduate education on these issues, and advocate for changes to improve the experiences and outcomes for graduate students and postdocs at the University of Minnesota. The Board is co-chaired by the vice provost and dean of graduate education and a faculty member. See the full GSAB charge for more details. 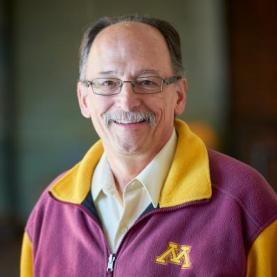 Dr. Lanyon’s research is in the field of avian systematics, where he and his colleagues used DNA sequence data to develop an understanding of the evolutionary relationships between families, genera, and species of birds. Their research has shed light on the evolutionary processes responsible for behavioral and morphological patterns observed in birds today. In appreciation of his contributions to ornithology both as scholar and leader, Lanyon served as president of the American Ornithologists' Union (2014-2016). He also served as curator of birds at Chicago’s Field Museum of Natural History for ten years before becoming a faculty member in the University of Minnesota’s Department of Ecology, Evolution, and Behavior in 1995.

Lanyon has demonstrated a commitment to graduate and postdoctoral training throughout his career - as an advisor to graduate students and postdoctoral fellows who have gone on to be very successful in a variety of career paths, as an administrator advocating for increased support (financial, health, and professional development) for graduate students, and as an educator training students to write competitive grant and fellowship proposals.

In 2013, in recognition of his passion for graduate education, Lanyon was named chair of the Special Committee on Graduate Education by Provost Karen Hanson and the chair of the Faculty Consultative Committee. 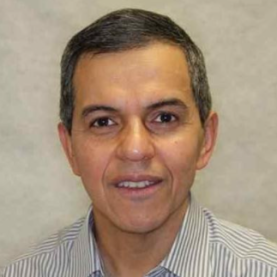 Dr. Edgar Arriaga (he/him) investigates the innate heterogeneity of biological systems through the development and application of bioanalytical chemistry technologies. His research contributions includes novel approaches to characterize subcellular domains, measure individual organelle and single cell properties, and application of these approaches to investigate models of disease and aging.

Arriaga has successfully mentored postdocs, graduate students, and undergraduate students. He also advocates for excellence in mentoring through his multiple professional roles including director of the Functional Proteomics in Aging NIH training grant,  co-leader of the College of Science and Engineering (CSE) Diversity & Inclusivity (D&I) Alliance, Consultant for the Committee on Professional Training (CPT) of the American Chemical Society (ACS), and chair of the Graduate School Advisor Board (GSAB). Through these appointments and personal commitments, Arriaga strives  for the advancement of diversity, equity, inclusion, and respect for All.

+
How Often Does the GSAB Meet?

The Board meets 4 times throughout the academic year (October, December, February, and April). Meetings are held via Zoom on the second Tuesday of the month, unless otherwise noted, and last for 60 minutes.

+
Who currently serves on the GSAB?

+
Who is Eligible to Join the GSAB?

Faculty: Tenured or tenure-track faculty members with graduate education responsibility from research-based master’s and doctoral programs can serve on the GSAB. Faculty with administrative appointments of 50% or greater, or who hold the titles of associate dean or assistant dean are not eligible to serve.

Staff: Academic and professional staff with graduate education responsibility in research-based master’s and doctoral programs are eligible to serve.

Graduate students: Students from research-based master’s and doctoral programs who are registered and in good academic standing are eligible for the Board. Preference is given to students in the middle or later stages of their graduate program.

+
How Long Do GSAB Members Serve?

Faculty and staff members of the Board serve three-year staggered terms. Graduate students and postdocs serve one-year terms.  New members are selected in the spring of each year from a pool of interested candidates for terms that begin the following fall.

Every spring, the GSAB co-chairs issue a call for new members for terms beginning the following fall. If you are interested in becoming a member of the Board, simply complete the short Google form linked to from the call explaining your experience with and interest in graduate education.

If you have any questions regarding the Graduate School Advisory Board, please contact gsab@umn.edu.