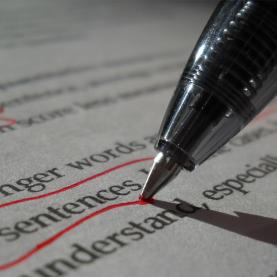 Congratulations to the recipients of the 2021-2022 DDF Fellowship! The Doctoral Dissertation Fellowship (DDF) gives the University's most accomplished Ph.D. candidates an opportunity to devote full-time effort to an outstanding research project by providing time to finalize and write a dissertation during the fellowship year.

Theatre Arts
Voices from the Margins of a Heterosexual Black Dance Form: A Study of the Hmong Experience and Queer Blackness in the Twin Cities Break(danc)ing Scene
Advisor(s): Ananya Chatterjea

Education, Curriculum and Instruction
"It's Really Hard to Pump as a Teacher!": An Inquiry into the Embodied Experiences of Lactating Teachers
Advisor(s): Timothy Lensmire

English
In the Air: Atmospheric Tonality and the Death of Plot
Advisor(s): Timothy Brennan

Business Administration
Guaranteeing the Right to Health: The Role of Supply Chains and Access to Care
Advisor(s): Kevin Linderman

Biochemistry, Molecular Biology, and Biophysics
The RIGI/MDA5 pathway as a source of innate protection against arenaviruses in mice
Advisor(s): Hinh Ly

Earth Sciences
How does material flow in the depth of continents?
Advisor(s): Donna Whitney & Christian Teyssier

Plant and Microbial Biology
Effect of ecological context on the evolution of plant-symbiont interactions
Advisor(s): Georgiana May